Home » Health » Man Eats 2 Tbs of Coconut Oil Twice a Day for 60 Days and This Happens to His Brain!

Man Eats 2 Tbs of Coconut Oil Twice a Day for 60 Days and This Happens to His Brain! 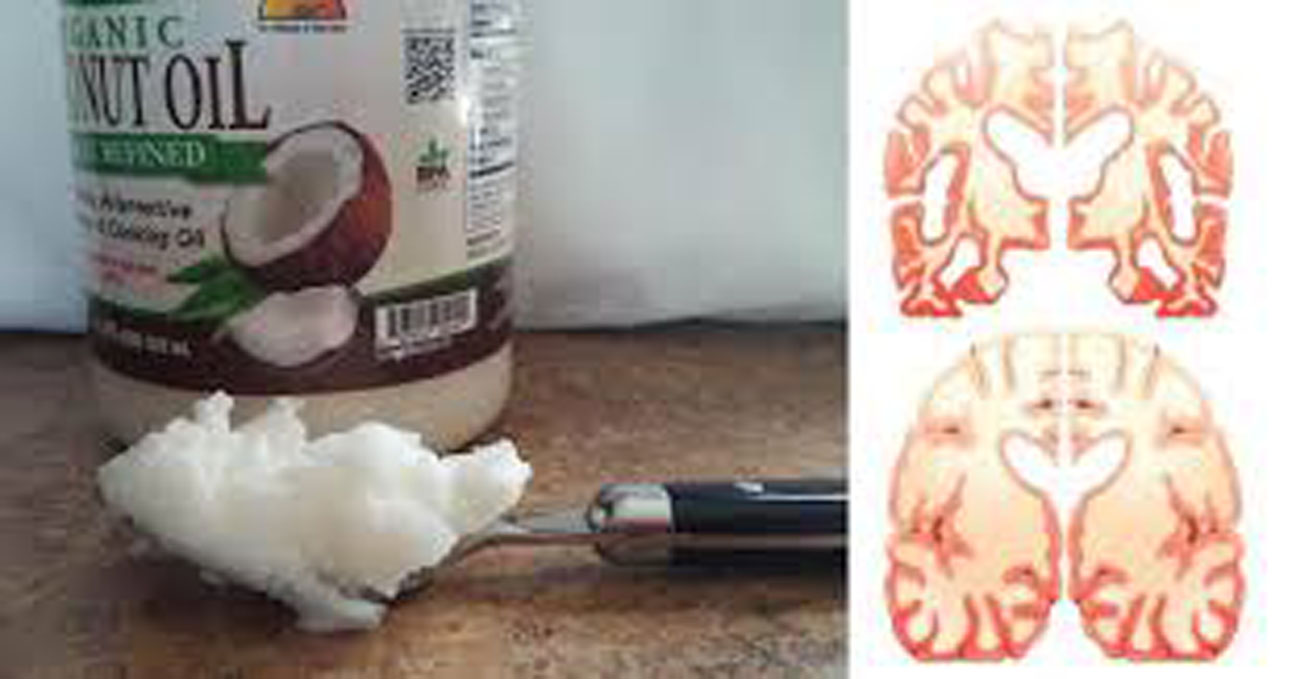 Dr. Mary Newport has a theory that ketone bodies, which the body makes when digesting coconut oil, may be an alternative fuel for the brain. She believes that coconut oil may offer profound benefits in the fight against Alzheimer’s disease. If her theory is accurate, it could be one of the greatest natural health discoveries in years.

The Backstory
Dr. Newport has her own personal history with Alzheimer’s. Her husband, Steve, suffered from progressive dementia for at least five years in his mid-50s, then had an MRI that supported a clinical diagnosis of Alzheimer’s disease. She recounts her story in a case study. “Many days, often for several days in a row, he was in a fog; couldn’t find a spoon or remember how to get water out of the refrigerator… One day I would ask if a certain call came that I was expecting and he would say ‘No.’ Two days later he would remember the message from so-and-so from a couple of days earlier and what they said.”

Dr. Newport noted that her husband had no short-term memory, yet the information was still filed somewhere in his brain. She had a gut feeling that his diet had something to do with it. He began taking medication in hopes that it would help slow the process, but he became depressed, lost weight, forgot how to cook, use a calculator or even perform simple addition. Steve forgot how to perform many common tasks, but would spend all day working in the yard or in his garage and remained in good physical condition.

Finding Hope
A few studies about the potential use of medium chain triglycerides or ketone bodies to not only treat but prevent Alzheimer’s disease caught Dr. Newport’s eye. Medium chain triglycerides are also regarded as a potential treatment for Parkinson’s disease, Huntington’s disease, multiple sclerosis, drug resistant epilepsy, and diabetes. Dr. Newport explains, “Ketone bodies may help the brain recover after a loss of oxygen in newborns through adults, may help the heart recover after an acute attack, and may shrink cancerous tumors. Children with drug resistant epilepsy sometimes respond to an extremely low carbohydrate ketogenic diet.”

The body’s cells may be able to use ketone bodies as an alternative fuel when glucose is unavailable. Ketone bodies do not normally circulate in the body unless it has been starving for a few days, or if one is on a very low-carb diet, such as Atkins. Dr. Newport explains, “In Alzheimer’s disease, the neurons in certain areas of the brain are unable to take in glucose due to insulin resistance, and slowly die off… if these cells had access to ketone bodies, they could potentially stay alive and continue to function.”

The Results
To make a long story short, Dr. Newport started giving a daily dose of coconut oil to her husband, Steve. Just 60 days after he started taking it, Dr. Newport recalls that Steve was alert and happy, talkative and making jokes, and the tremor he’d developed was less noticeable. He was able to concentrate on one task instead of being easily distracted. Steve receives about 2 tablespoons of coconut oil twice a day, to make sure that there are no periods where ketone bodies aren’t circulating.

After a year of the natural treatment, Dr. Newport says her husband is a different person. She notes that he still has difficulty finding some words, but he recognized relatives on a family trip, participated actively in conversations, and his facial expressions were more animated.

She adds, “For now, we are very pleased with where he is at and should coconut oil stop or slow down the progress of his disease, it will be worth every drop that he takes.”


This post was republished from davidwolfe.com. You can find the original post here.
Posted by yashmanu at 10:02 PM