Cat jumps like a kangaroo after losing front legs and tail 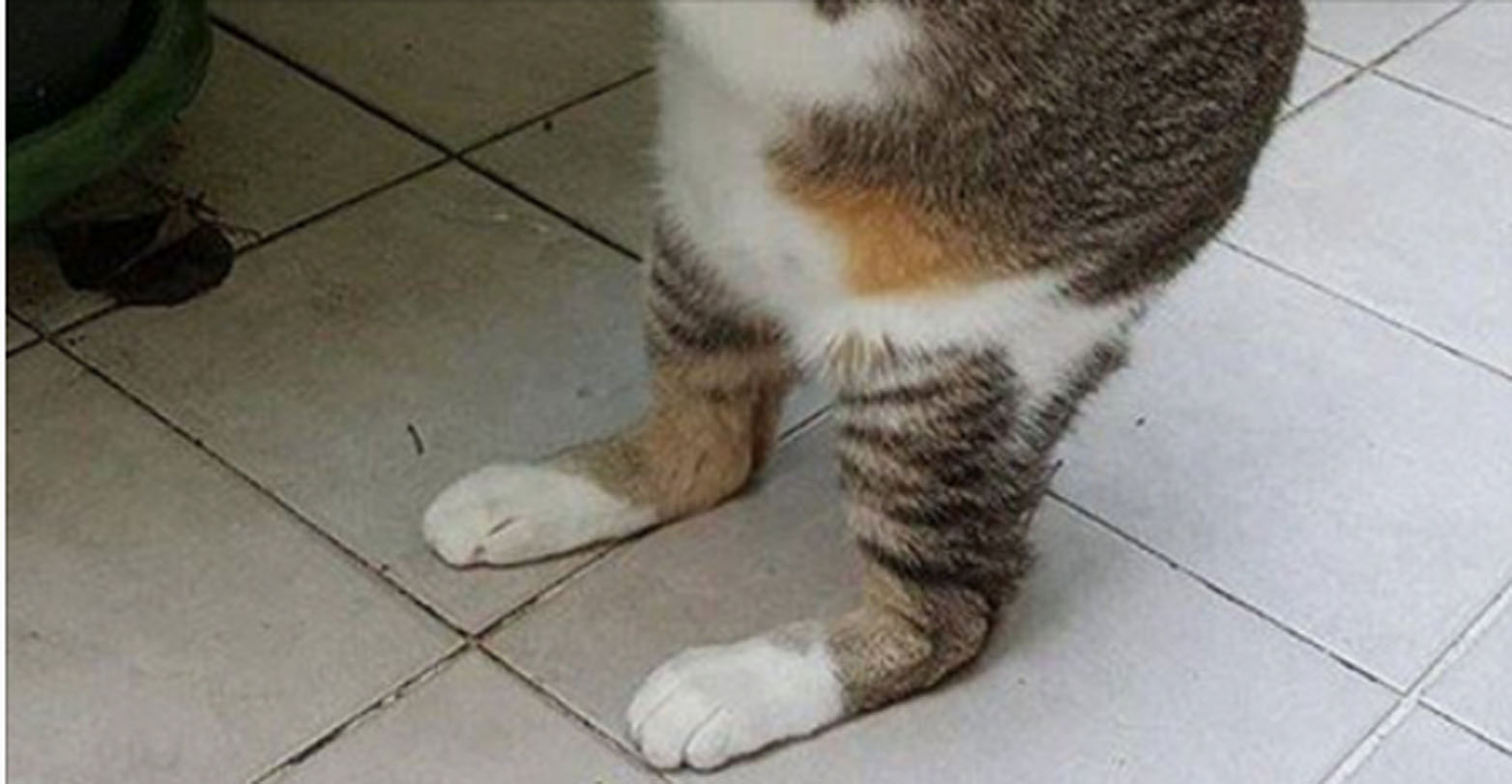 Last year in Chiang Mai, Thailand, neighbors were convinced a bomb had gone off. Later it was revealed that the loud, thunderous noise had actually been caused by loose wires in the street. Though initially there seemed to be no serious injuries in the aftermath, Walai Sriboonvorakul, 49, was walking around the area when she saw something terrifying.
On the ground lay a helpless cat, approximately one year old, who was missing his front legs and tail: he had been electrocuted by the wires in the street, and appeared to be in a hopeless state. However, Walai was determined not to give up on the little fellow, whom she affectionately named “Able.” The woman brought him to her home, and Able's road to recovery began.
After only two years, Able is a happy, healthy cat. Although at first it was hard for him to move, the care that he received from Walai and her son Copter, 26, only helped to make Able stronger. After being allowed to roam freely, the furry fellow now has no trouble getting around! He is often compared to a Tyrannosaurus rex or a kangaroo because of his gait, and it is really a sight to behold! Check out all of Able’s moves in this video:
"Able is one of the family," Copter said. "I'm like his big brother. He runs up the stairs to my bedroom to wake me up." This cat has really lived up to his name, proving that with a little love, life's hurdles can be overcome.
Source: Daily Mail ,via