Home » life » This 11-year-old proudly showed his friends what he’d found. A minute later, his mother discovered his wounded body on the street.

This 11-year-old proudly showed his friends what he’d found. A minute later, his mother discovered his wounded body on the street. 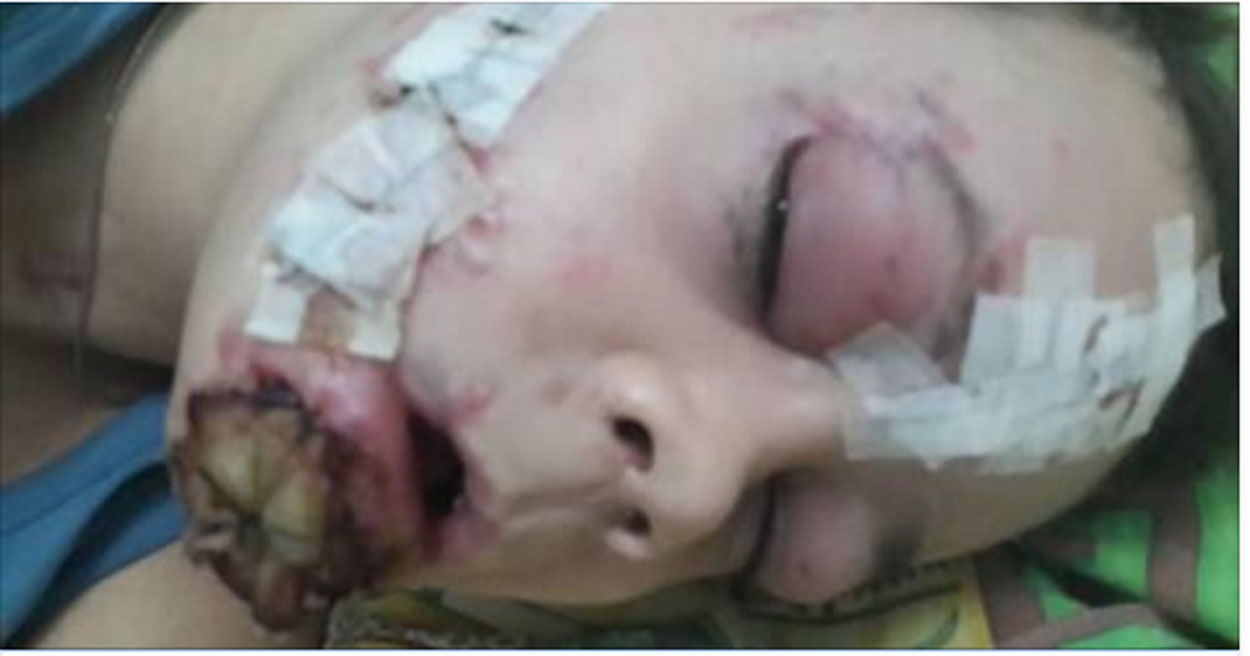 Warning: This article contains images that some readers may find disturbing.
On August 24, 2015, 11-year-old Kolya Nizhnikovsky's life was suddenly shattered to pieces.
Kolya, who comes from the Ukrainian city of Mariupol, was living through the war that broke out between Ukraine, Russia, and pro-Russian forces within the country. But everyday life continued fairly normally and that day Kolya was playing outside with his friends, as usual. In addition to Kolya the group consisted of 11-year-old Sasha and his 10-year-old brother Serezha, as well as Kolya's four-year-old brother Danya. The boys wanted to take advantage of the good weather to play their favorite game: sneaking as close to the military base as possible. Even though the old barracks looked mostly empty and the adventure seemed pretty harmless, it gave the boys a big thrill.
But on that fateful day Kolya and his friends didn't get very far because they found something more exciting in the grass next to the access road. Kolya picked it up and showed it to the others: a big dark metal object. It was an anti-tank missile — a real weapon. Excited, they all wanted a chance to hold it. But the bomb was too heavy and it slipped from their grasp and fell. From that moment on, their lives would never be the same.
On impact, the missile exploded. 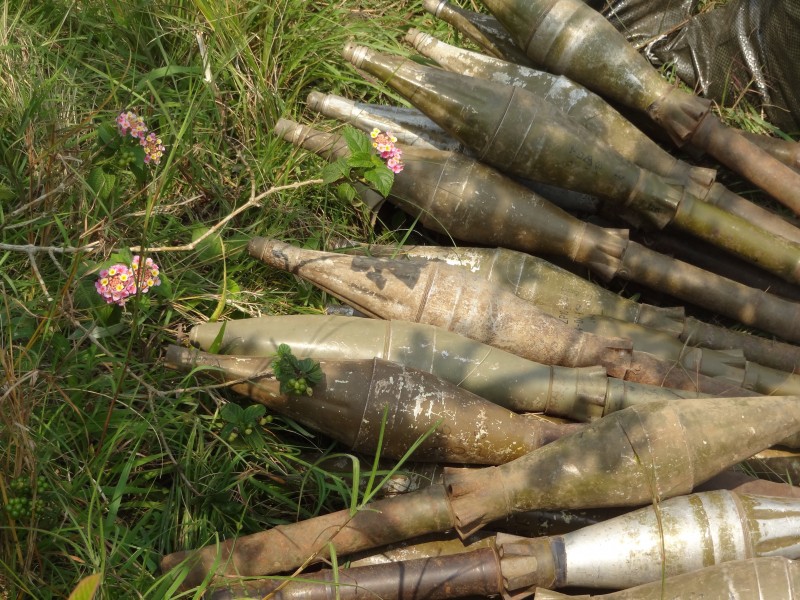 .flickr.com/photos/monusco Kolya's family didn't live far away. His mother, Alla Nizhnikovsky, recalls the exact moment: "I heard a loud explosion and ran straight outside." With tears in her eyes, she kept going: "What I saw then — it was horrible. It look like someone had put the children through a meat grinder. Danya was covered in blood. When I picked him, he took two breaths and died. Kolya was on the side of the road. His legs were just shreds of open flesh."

The children who survived were badly injured. Serezha lost an eye, Kolya both legs, his right arm — and his little brother. The kids were immediately taken to the closest hospital. Kolya's condition was so critical that the doctors induced a coma. When he came out of it he was still in danger: he was blind in one eye and couldn't move at all. His body was covered in burns and there was a large hole in his forehead.
His mother Alla was in a nearly impossible situation. As she grieved for her youngest son, she also had to be there for Kolya. Slowly it became clear that she couldn't afford the life-saving treatment. She needed a miracle. And it arrived, in the form of Elena Kuneva, an activist from a local aid organization. When Elena heard Kolya's story, she went directly to the hospital to see him. She said, "When I saw him I had to fight off the tears, but I wanted to be strong for him."
Weeks after the explosion, Kolya lay in bed with post-traumatic depressive anxiety, unable even to speak. Elena spent hours with him, showing him pictures of famous athletes with handicaps. Finally she was able to convince the boy that life was worth living. Despite this incredible misfortune, life would have happy moments, it would offer him new adventures. And he could begin to see that the accident wasn't his fault. He was just a child.
At the same time, Elena contacted a Canadian aid organization that works in the Ukraine and started fundraising on his behalf. They raised enough money to send the 11-year-old to Montreal in December of 2015.

There he underwent a number of exhausting operations. Because he was also growing fast, the doctors had to operate again and again on the remains of his legs in order to prepare the right prosthetic. And he received a cornea transplant so that he could see again with both eyes.


He isn't done yet though. He still has to learn how to use his body again. But he's stronger and much more motivated now. He's already re-learned how to walk, swim, and run. He's started writing and drawing with his left hand. He even plays soccer.
Many in Montreal learned about Kolya and came out to support him in every imaginable way. His mother was deeply touched: "People were always bringing him sweets and well-wishes. He got clothing and toys. When people learned that Kolya wants to become a programmer, they even bought him a computer."
Kolya stayed in Canada for almost a year, making enormous progress along the way. He became so well-known there, he even got to meet the Prime Minister, Justin Trudeau!
On November 22, 2016, the time had finally come: Kolya returned to the Ukraine. At first he was sad to leave Canada where he had experienced such generosity. But that changed when he saw what kind of surprise awaited him at home in Mariupol.
In his hometown, aid workers had managed to collect enough money to build his family a new home, far from the site of the accident. Next year, they'll be moving in.
He still needs medical support but his recovery is progressing day by day. A Facebook page was set up for anyone who wants to help the family. All the best, Kolya! We wish you a speedy return to a normal, healthy and happy life!
War really is one of humanity's worst evils. The darkest aspect is the way that innocent civilians are affected — people like Kolya, his little brother, and their whole family. The conflict in the Ukraine started in 2014 and has since cost 10,000 people their lives. Kolya and his family thought that because they're not in a contested area, they would be safe. But war doesn't respect boundaries that way. We can all hope that the conflict will end soon and that in the meantime it won't claim any more innocent victims.
Don't Ignore SHARE this ! - Scroll down for Comments and Related Articles !
H/T:http://www.hefty.co/
Posted by yashmanu at 6:08 PM