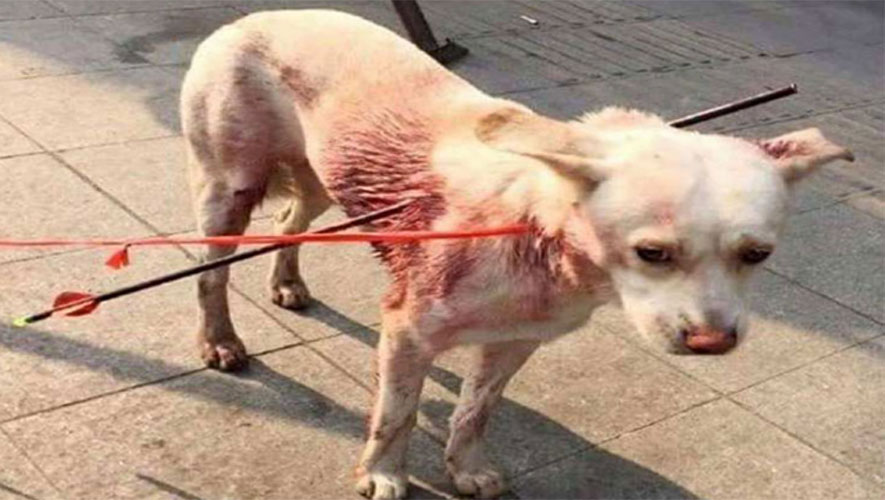 A dog was shot through the chest and neck by a Chinese meat trade hunter. He was rescued by animal rights campaigners when animal lover Qiao Wei saw the dog covered in blood on the streets of Chengdu, China. Wei took the wounded dog to a hospital where he got treated for his serious injuries. 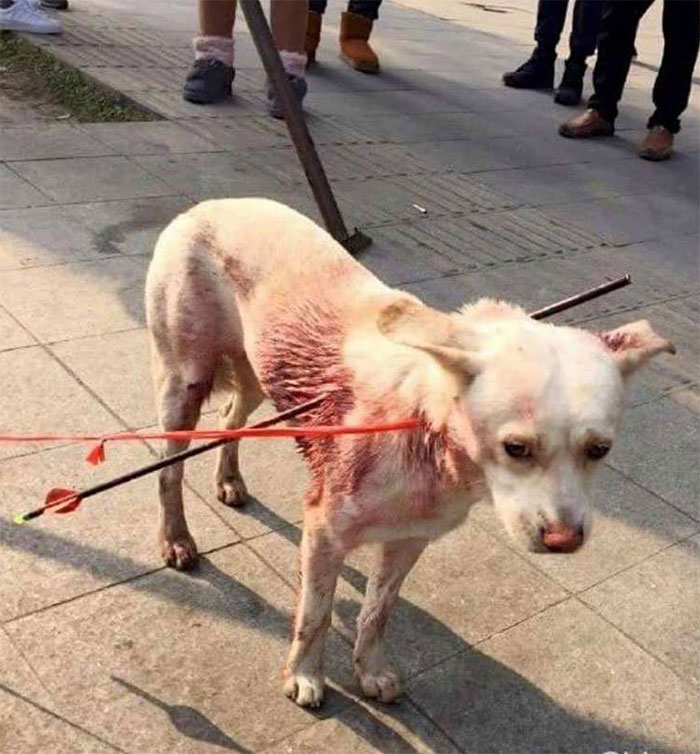 Miraculously, the dog started to recover. Reportedly, the dog had been part of the hunting that is involved in China’s dog meat trade. Wei is being called a ‘hero’ for saving the animal, but the images posted of the dog after the attack has really struck a nerve with activists everywhere.
Chengdu’s Qimin Small Animal Protection has received thousands of messages since the photos of the dog were posted publicly. Animal activist groups, such as Guardians of Chinese Animal Protection, have sent messages of concern.

The shelter finally disclosed an update on how the dog was doing, and thankfully the treatment had been successful. Updates suggest that the dog will make a full recovery from the horrific incident. 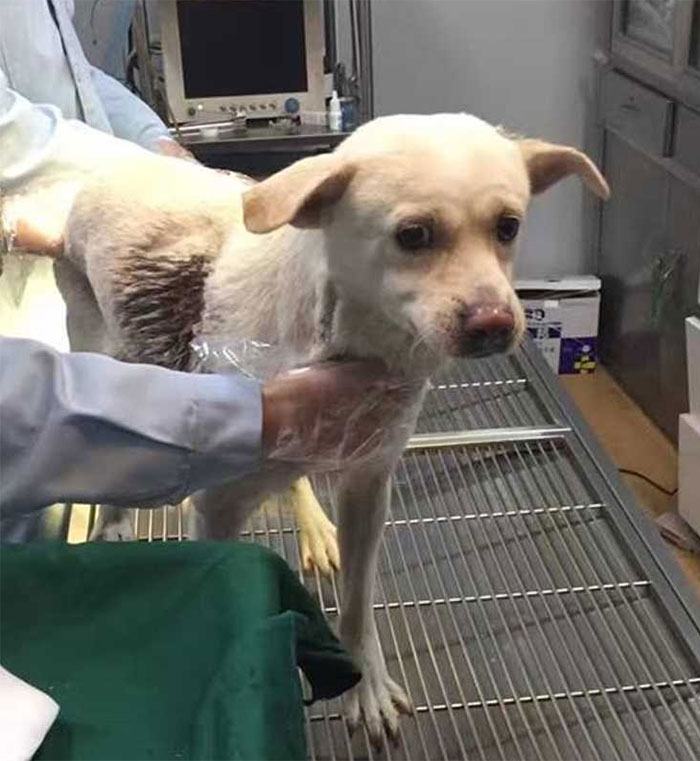 Qimin Animal Protection takes direction from Wei, who has made it his mission to shut down all illegal slaughter houses.
The shelter shared the story on its Facebook page, and showed the brutal images of the dog that had been shot and left for dead.

The shelter says, ‘China has become a stage to outlaw the  dog meat trade, an industry that is socially destabilising, reputation damaging, and morally repulsive. The dog meat trade is the source of suffering to millions of dogs and tens of millions of animal lovers in China. China can never be a world leader if this barbaric trade is not outlawed.’

Source
Posted by yashmanu at 12:05 AM