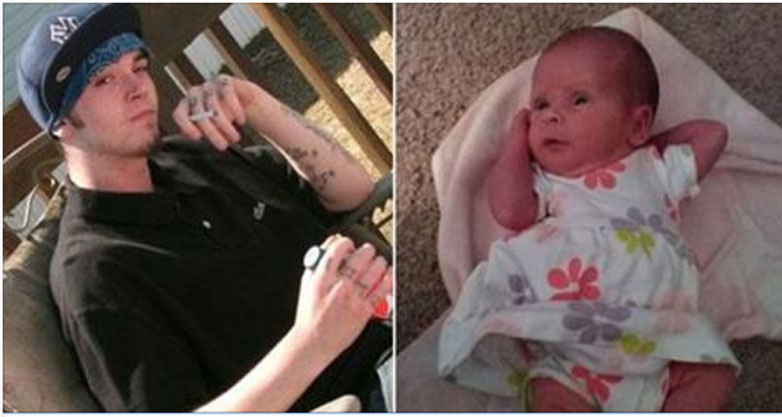 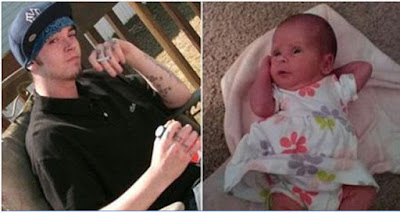 A man who killed his girlfriend's 5-week-old baby by slamming her into the sidewalk multiple times has been sentenced.

Dalton R. Davis, 22, admitted to killing his girlfriend's 5-week-old baby daughter, Lillian Grace Lloyd, by slamming the child's head into the sidewalk outside multiple times, according to the Daily Mail. The baby was pronounced dead that day, with the cause of death found to be severe head trauma with skull fractures. Davis has been sentenced to 65 years in jail, 55 of which he will not have the possibility of bail.

Courtney Lloyd, Lillian's mother, called 911 in September 2015 when she found her child unconscious in her crib. Davis had reportedly had an argument with Courtney when he walked outside with Lillian in his arms.

Police say that the man then grabbed the baby by her legs and slammed her head into the pavement two or three times. He is then reported to have placed Lillian, unconscious, back into her crib. He later admitted that he believed that the baby was dead when he put her in the crib.

Courtney had been asleep when Davis attacked the child, and only discovered Lillian's injuries when she went to check on her in her crib.

When initially questioned by police, Davis said that he had no idea how Lillian had gotten her injuries. He later admitted to the child's murder.

At first, Davis said that he had checked on the baby a half hour before she was found by her mother, and that she had been "fine and did not appear ill." The man then changed his story, saying that he took Lillian outside with him while he smoked a cigarette and then accidentally dropped her on her head.

The baby's injuries did not match up with Davis' story, however, as authorities noted that the newborn had "a large amount of bruising" on her head, chest, and back, according to the Indianapolis Star. Davis later admitted that he had slammed the newborn's head into the sidewalk because of an argument that the couple had had about Davis' consumption of alcohol.

The prosecutor in the case, Wes Schemenaur, said that he believed Davis should receive a life sentence without the possibility of parole, adding that he had never seen a case so "senseless or barbaric" in his career.

Davis took a plea deal in July, receiving a 65-year sentence, with 55 years of no possible bail.