At 16, she decided not to wear a bikini ever again. 28 years later, no man comes close to her. 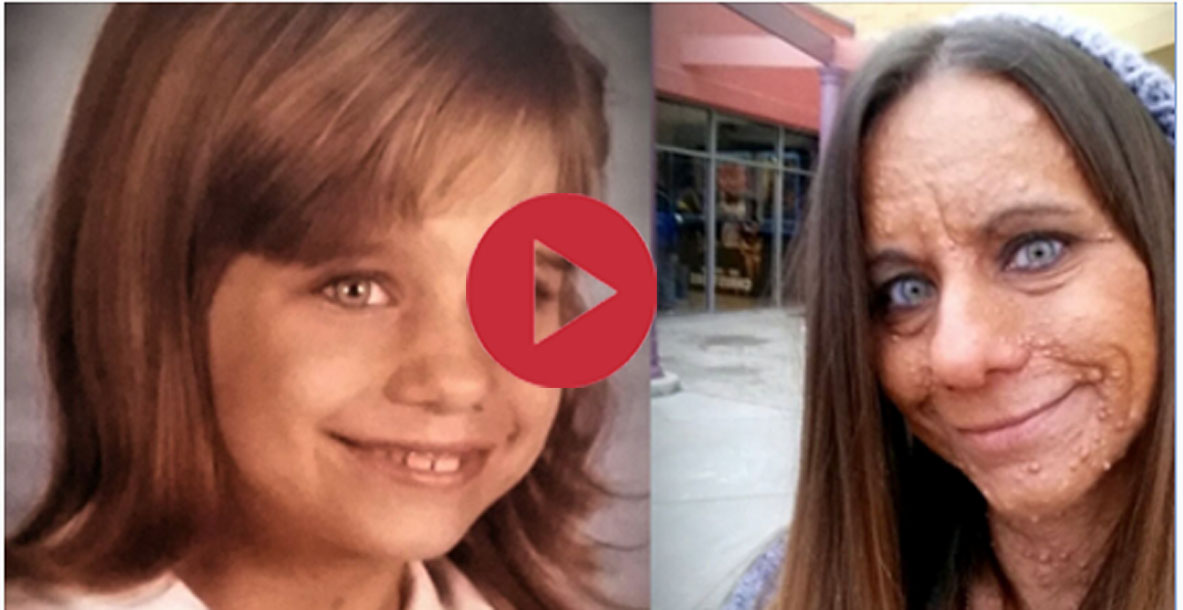 Libby Huffer from Fort Wayne, Indiana, was a happy girl until she was diagnosed with a rare disease at the age of five. Libby suffers from neurofibromatosis type 1 and although this only resulted in a few moles as a child, by the time she hit puberty it had become much more serious. At that point small lumps began appearing on her body and they were multiplying almost daily. Libby, who went by her birth name of Elizabeth at that time, was ridiculed and teased by her classmates who called her “lizard breath.” That was when she decided to change her name to Libby.
When Libby reached adulthood and became pregnant, her condition worsened. The number of tumors on her body reached nearly 6,000. Although these tumors are not cancerous, they have still had a drastic effect on Libby’s life. The constant bullying she suffered when she was younger robbed her of her self-esteem. Combined with her outward appearance, this has made it very difficult her to find a job. Even today people stare at her when she walks down the street. 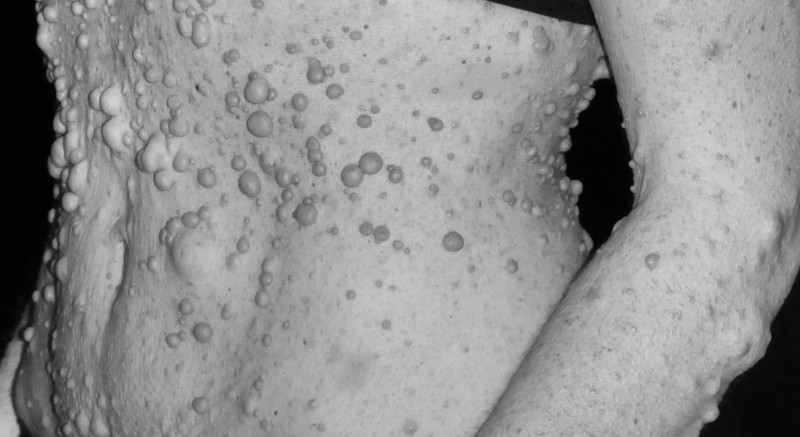 GoFundMe
The last time Libby felt comfortable wearing a bathing suit was when she was 16. Now, with small lumps covering her entire body, she is too self-conscious to reveal any more skin than necessary. But she still wants to help others who find themselves in similar situations. “I tell children that I’ve been kissed by angels and they don’t say anything, but most adults don’t know what the condition is so I have to explain it,” said Libby. For this reason she now carries informational brochures about her condition so she can offer them to people who have questions. 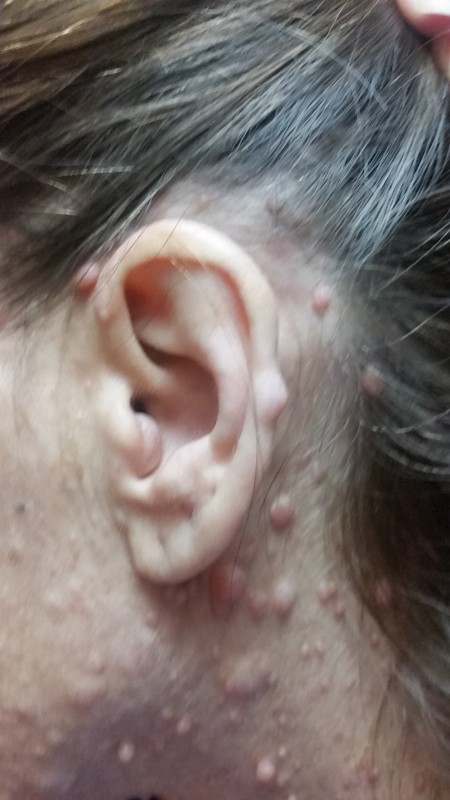 GoFundMe
Libby does her best to maintain a positive outlook, but she is constantly struggling with chronic pain and depression. The fear in her voice is almost palpable as she says, “My future is unforeseen, you know. The older I get, the more I’m getting of these.” And after struggling with the condition that requires 13 different prescription medications daily, it’s no wonder that Libby isn’t overly optimistic.


Until now Libby has had tumors removed in the traditional way by having them cut out along with the fatty tissue and closing the wounds that are left behind. But there is a new technique called “electrodessication” that uses lasers to remove the tumors from below the nerve endings which prevents them from growing back. Thanks to the money she has raised on her GoFundMe page and further assistance from the TV show “The Doctors,” Libby is looking forward to having the surgery soon. „My entire life I have never felt pretty and I am confident that this will make me feel a million times better about myself and not in so much constant pain,” explains Libby.
You can learn more about Libby’s condition and her hope for a new life after the surgery in this video:
After years of suffering as an outcast it looks like Libby may have a chance at something close to a normal life. Let’s hope that the surgery is successful and her modest dream of a life without ridicule comes true.

Don't Ignore SHARE this ! - Scroll down for Comments and Related Articles !
Source: Dailymail
Posted by yashmanu at 6:00 PM