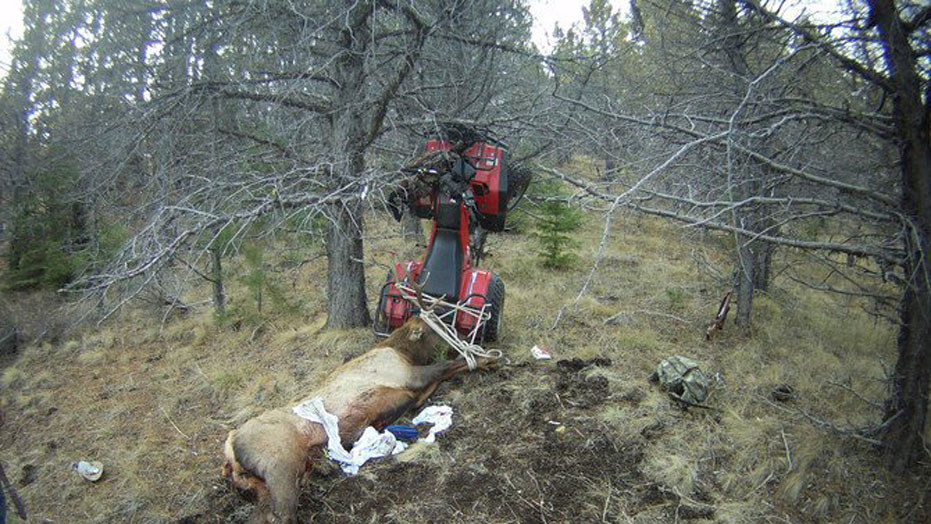 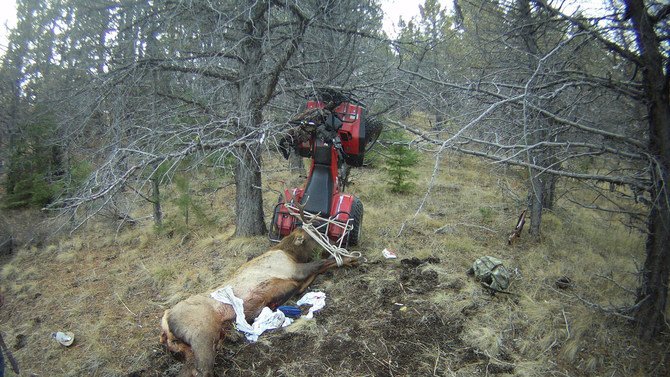 A man who had shot and killed an elk in Oregon impaled himself with the animal’s antlers after crashing his ATV into the animal carcass.

Gary Heeter went hunting in “a very remote location” on Nov. 5 near Arrowwood Point in the Maury Mountains with a group of other hunters — this is where the accident happened.

Around noon, he was using his four-wheeler to drag the carcass of the animal up a steep hill when the vehicle flipped. He was thrown off and landed on the antlers of his dead prey, The Oregonian reports.

His fellow friend hunters immediately applied first aid in order to halt the flow of blood until a rescue helicopter could reach him, KATU reports.

First responders from Crook County Fire and Medical soon arrived and administered aid to Heeter.
However, the Life Flight helicopter that picked him up had problems landing "due to the rough terrain, which consisted of intermittent forest cover and rocky clearings."

"When the deputy arrived at the crash scene he found Heeter was conscious and communicative, but appeared to be going into shock," Crook County Sheriff's Office said, The Daily Mail reports.

Heeter was flown from the scene of the accident to St. Charles Hospital in Bend and is currently in a stable condition.

Family members of the elderly hunter say his injuries did not extend to his major organs, only his back muscles. Doctors expect him to make a full recovery.

SHARE this with your friends by clicking below!
Sources: The Daily Mail, Oregon Live, KVAL / Photo credit: Oregon Live
Posted by yashmanu at 7:07 AM