Home » life » This couple’s neighbors called them cruel for having a child. When he explains why, I NEVER expected this answer.

This couple’s neighbors called them cruel for having a child. When he explains why, I NEVER expected this answer. 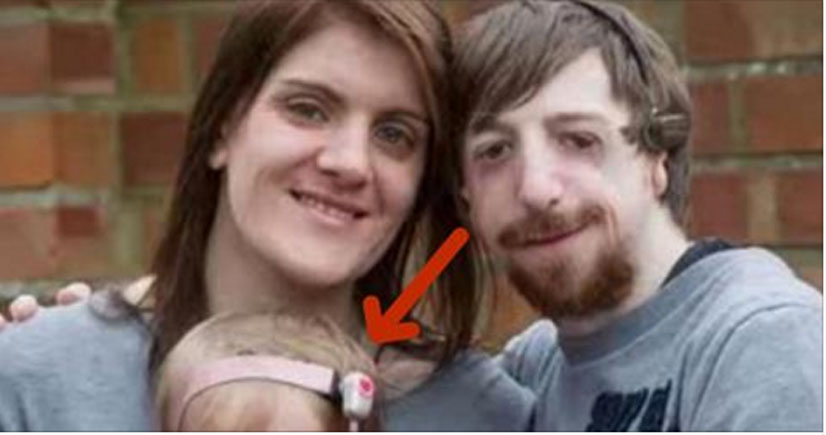 Simon Moore comes from Norfolk, England and has had to cope with bullying since his childhood, which he mostly spent behind closed doors. Even today, as soon as he goes out on the streets, people whisper, point at him, and secretly photograph him. Simon was born with Treacher Collins Syndrome, a genetic disorder causes the facial deformities, including missing ears or cheekbones. Five years ago, the deaf 30-year-old met Vicky during sign language classes. The mother of three was not bothered by Simon’s unusual facial features and fell in love with the gentle-natured man. Two years later, they got married. 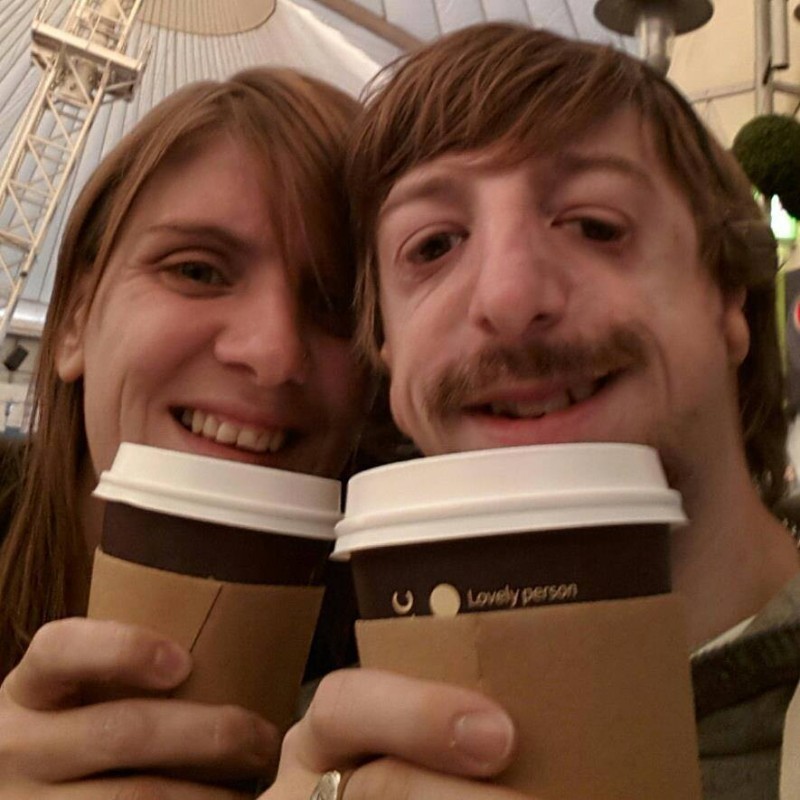 Facebook/Simon Moore
To complete their happiness, all that was missing was a child. But Vicky had had her tubes tied after giving birth to three children from her previous marriage. They calculated that it would cost over $10,000 for artificial insemination. But, there was a 50% chance that the baby would inherit the disorder. “The disorder could manifest itself in many small ways, such as with a hearing disorder,” 36-year-old Vicky explained. “Or the baby could have been born without a face at all. But we weren’t concerned about whether the baby would be born with the disorder or not. Simon is a ‘classic case’ and he is wonderful.” 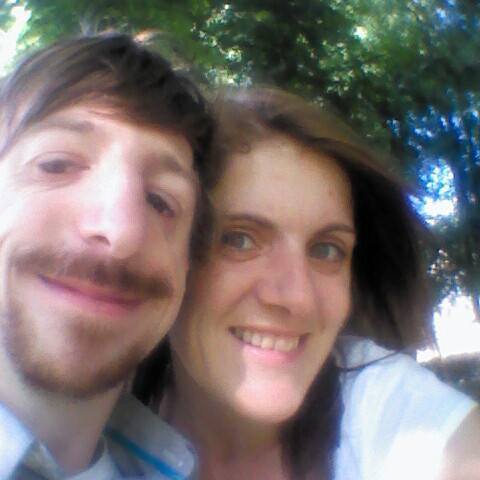 Facebook/Vicky Moore
Following successful IVF treatment, baby Alice was born in February 2014. Vicky remembered how she held the girl for the first time in her arms: “She was the spitting image of her father.” Alice also has Treacher Collins Syndrome, but in a milder form. She has a cleft palate, malformed ears and needs a hearing aid. 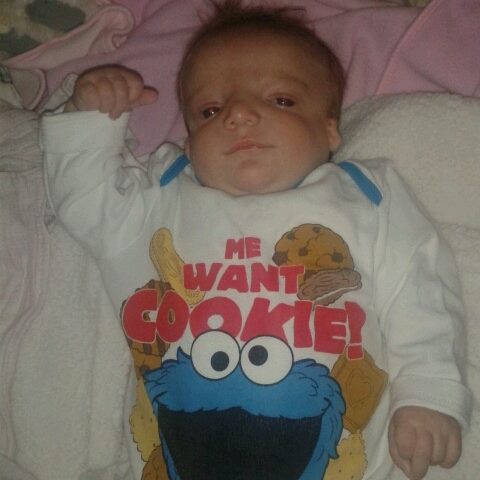 Facebook/Vicky Moore
Despite her condition, Alice is growing up to be a cheerful and chipper little girl. As might be expected, when the family is out in public, they receive a lot of curious looks. But sometimes the behavior they encounter is much more hurtful. “My neighbors even said we were 'cruel' because we made her,” Vicky said. “Another kid looked at her and called her an ugly pig.” 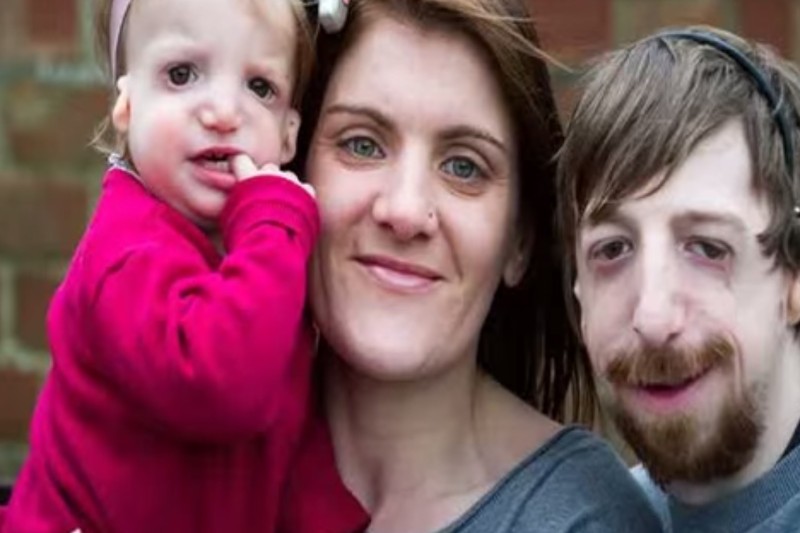 Youtube/Latest News
Vicky and Simon don't regret their decision and say that they wouldn’t have done anything differently. “I have never wished that Alice had been born without the disorder,” Simon said. “Even though I grew up with the same problems, I really didn’t care whether she had it or not. We knew that if she was born with it, she would be surrounded by people who love her despite it all. She is her daddy’s little princess and I will tell her everyday how beautiful she is.” 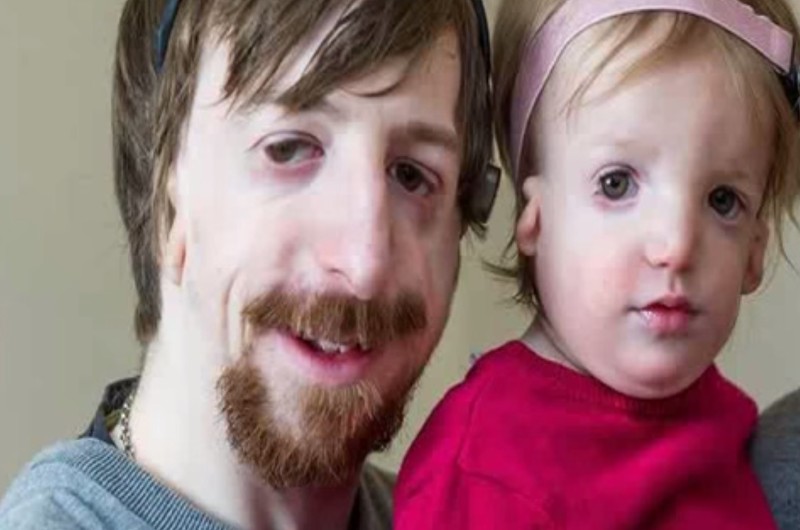 Youtube/Latest News
For Simon and Vicky Moore, their daughter Alice is a miracle and living proof of their love. It doesn’t matter what others say, to them, she is the most beautiful girl in the world.
Don't Ignore SHARE this ! - Scroll down for Comments and Related Articles !
Source:
Posted by yashmanu at 9:32 PM