Home » News » They torture this woman in front of an audience. When they shave her head, a chill ran down my spine.

They torture this woman in front of an audience. When they shave her head, a chill ran down my spine. 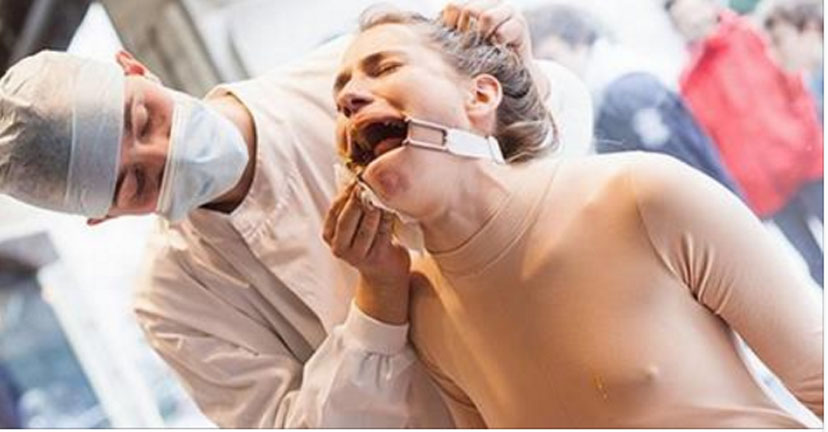 Cosmetics company Lush wanted to generate attention for their position against animal testing and they decided to do it in a rather unsubtle way in central London. Using volunteer performance artists, they publicly recreated animal testing methods at their Regent Street store.

Passersby expecting to admire the usual brightly colored and fragrant storefront window with its array of bath bombs and oversized soaps must have been taken aback when they were instead confronted with a young woman dressed in a nude-colored bodysuit, tied up and gagged, and being subjected to what can only be described as torture. 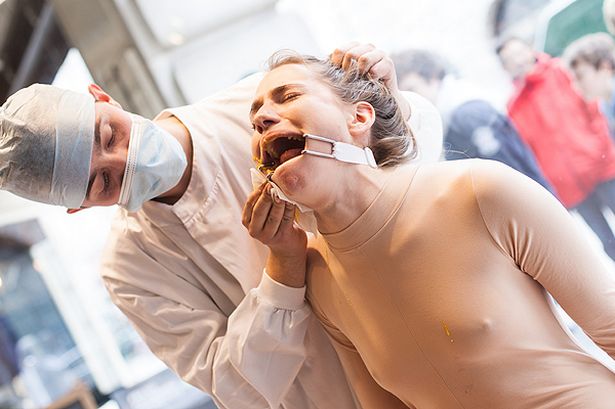 LUSH
Jacqueline Traide, a 24-year-old student at Oxford Brookes university, took the main role in this stomach-churning performance. Her mouth was forced open with steel hooks affixed to an elastic strap that was secured behind her head. She was force fed, restrained and gagging, depicting practices that are still commonly used during animal testing. 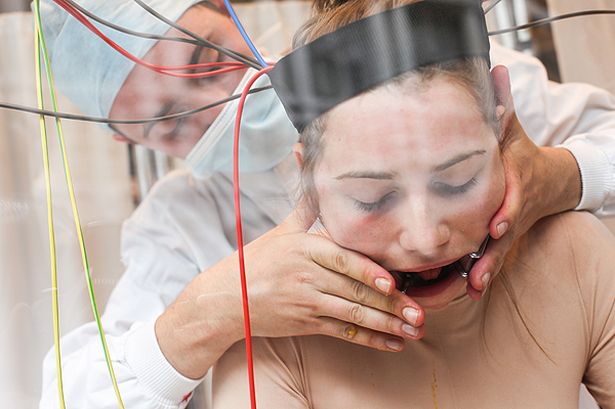 LUSH
But that was only the beginning. Irritating chemicals were squirted into her eyes. The panic in the young animal rights activist's face seemed genuine and must have horrified onlookers. The ordeal lasted a full 10 hours and pushed her beyond her limits. 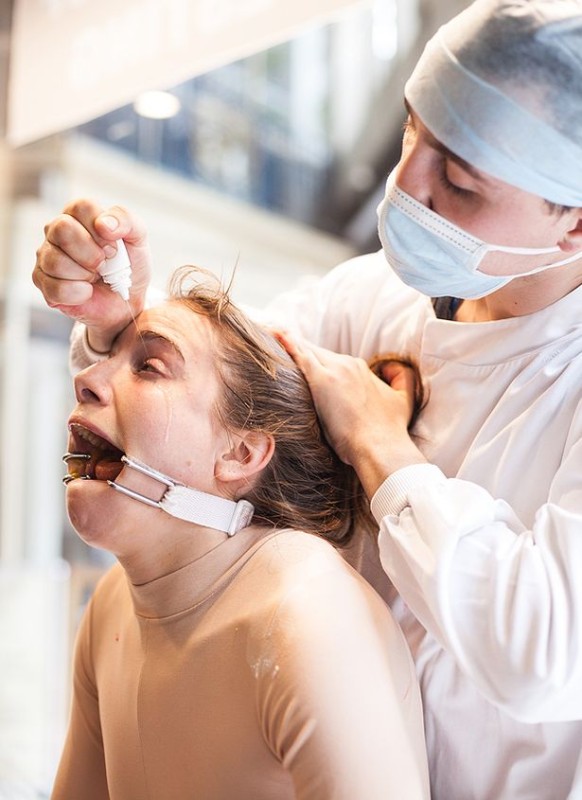 LUSH
Jacqueline was then subjected to having her hair shorn, something animals also endure when monitors or electrodes are attached to their skin. 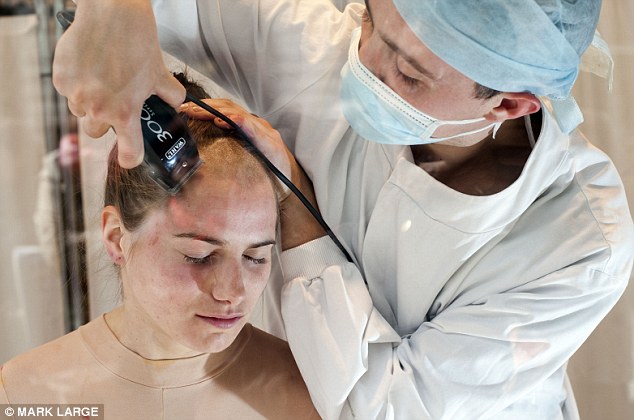 LUSH
She submitted to the ordeal without a word, although it was clear to those watching that her suffering was real. Aside from the fact that Jacqueline was very much aware of what she had signed up for — something no animal chooses — another obvious difference to her experience and that suffered by animals is that at the end of the day, she went home. 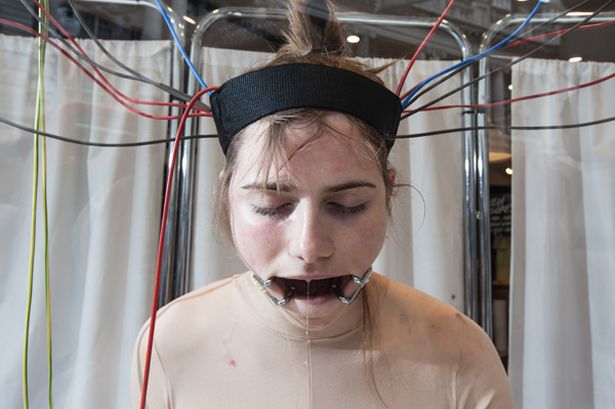 LUSH
The campaign attracted quite a crowd of onlookers and reporters throughout the day. 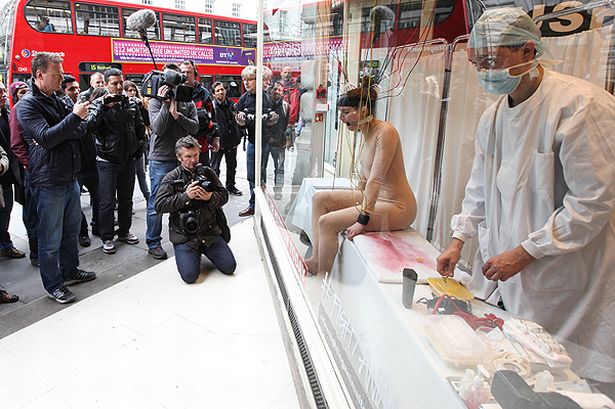 LUSH
Animal testing for cosmetics was banned in Britain in 1998 and the EU expanded prohibitions to imported cosmetic products tested on animals in 2013. However, animal testing for cosmetics remains legal in the United States. If you feel passionately about this issue and want to avoid buying cosmetic products that have been tested on animals, you can order a copy of PETA's Cruelty Free Shopping Guide here.

Don't Ignore SHARE this ! - Scroll down for Comments and Related Articles !
source:
Posted by yashmanu at 6:55 PM