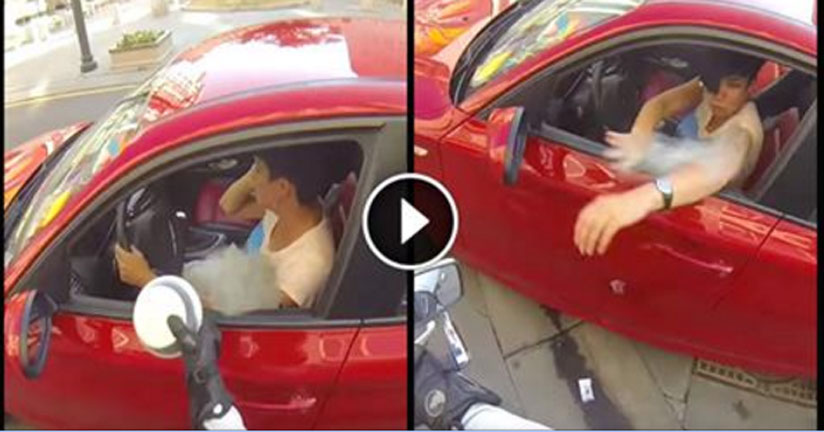 A real life superhero is roaming the streets of Moscow, an unknown girl riding a motorcycle has declared a war on litterbugs and the best thing about it is she’s recording it all on camera. She managed to make a few people very angry but in the same time got support of millions of people.

Basically, she’s Captain Planet of Moscow, only without the ridiculous mullet (we assume). Instead of letting some jerks pollute her city, she’s bringing the trash to them. It may sound mean, but it’s one of the most satisfying videos I’ve watched.

Don't Ignore SHARE this ! - Scroll down for Comments and Related Articles !
Posted by yashmanu at 3:13 PM