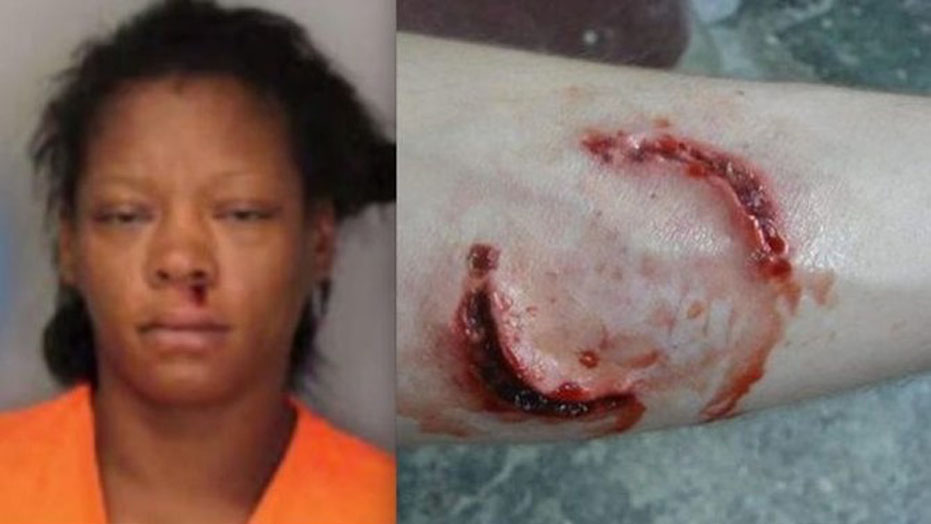 A woman who was being apprehended by police bit one of the arresting officers and exposed him to HIV.

Dayton Smith, from Memphis, Tennessee, was pulled over for an expired license plate and a suspended license. Smith could not provide proof of insurance and was arrested.

While searching her car, police found marijuana, crack and cocaine. In the patrol car, Smith began complaining that she had to use the bathroom. Officers told her she could go later, and she became angry and tried to escape.

One of the officers then tackled Smith to the ground, prompting her to swing her keys at him and bite him on the arm — drawing blood. A police affidavit stated that Smith “had her keys between her fingers and was swinging at the officer.”

Smith, The Commercial Appeal reported, refused treatment but was taken to a nearby hospital anyway. While at the hospital, she told doctors that she had AIDS. The injured officer was also treated at the hospital for his injuries.

The officer was later released, WREG reported. His condition was not disclosed.

Smith was charged with violation of vehicle registration law, violation of financial law, resisting official detention, driving while license suspended/revoked, criminal exposure to HIV, aggravated assault, possession of a controlled substance and possession of cocaine with intent to manufacture/sell/deliver.

In a similar incident, a woman who was arrested in 2015 for not disclosing her HIV-positive status to her sexual partner was again arrested for prostitution while knowingly HIV positive.

Mallory Pickett, a 28-year-old Louisville, Kentucky, resident, was busted after she approached an undercover police officer and agreed to perform a sexual act on him for $19. She was arrested during an undercover investigation into human trafficking, WAVE reported.