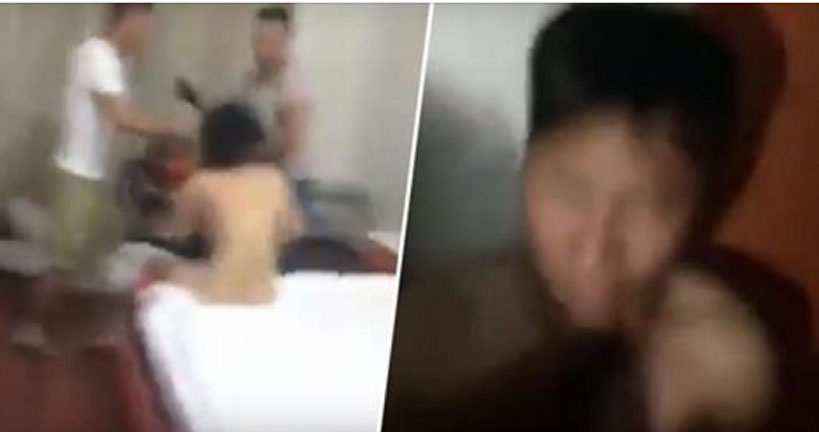 An unidentified man filmed the horrifying scenes as he viciously beat his wife and her lover.
In yet another display of unspeakable violence inflicted upon fellow human beings, a video has emerged online that appears to show a man attacking his wife, catching her in the act of infidelity.


Be warned, this is upsetting viewing.

The savage ambush was filmed for just under three minutes, from the point the man and his gang of friends force their way into the room.
By the time the film ends, it is unclear to what extent the two victims of the brutal assault have suffered.
The footage, just like something out of a sick snuff movie, is utterly sickening and I hope it serves as a lesson that violence is never the answer.

Please SHARE With Friends !!
Posted by yashmanu at 7:51 PM