Home » life » He carefully approached the motionless bundle of fur but when he touched it, he only felt a very weak pulse

He carefully approached the motionless bundle of fur but when he touched it, he only felt a very weak pulse 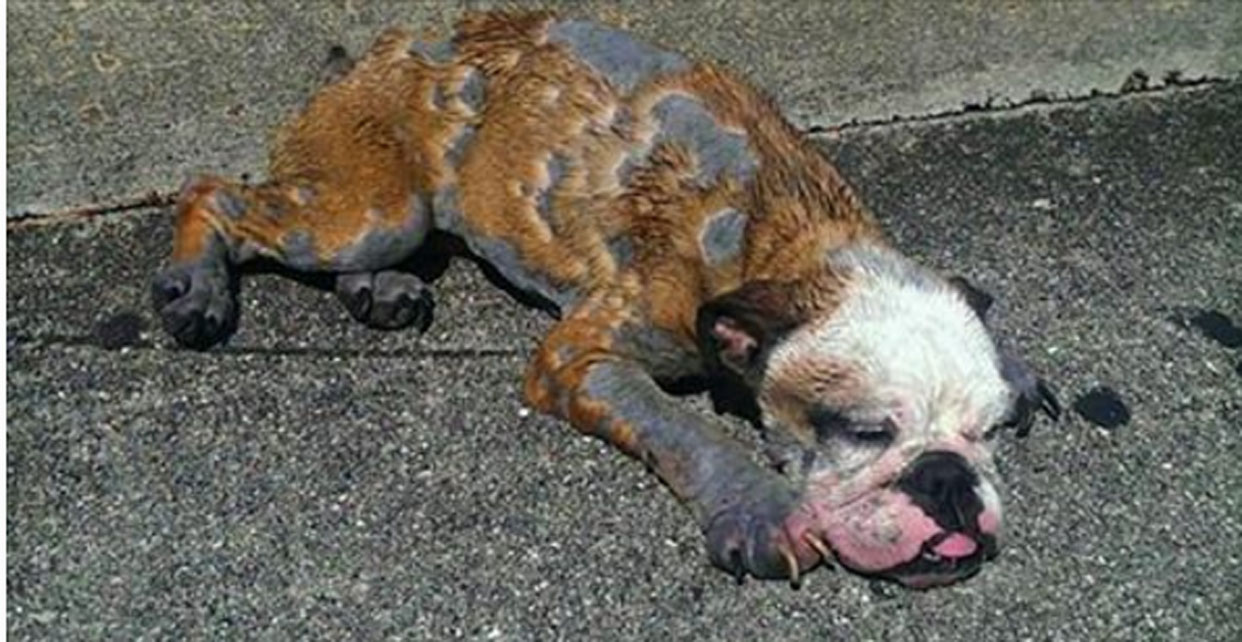 A young man was going for a walk in the small town of Falmouth, Massachusetts, when he got a horrible shock. On the edge of the street he saw a very small, worn out looking bundle of fur. He immediately reached down to take a closer look. 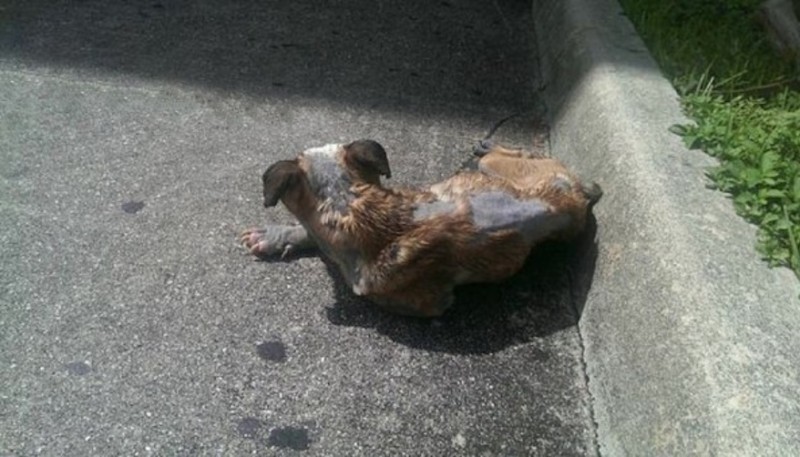 Facebook/Adopt-A-Bull-Rescue
It was difficult to tell if the dog was still living. When he heard very weak breathing, he called the local animal rescue organization, Adopt-A-Bull Rescue. They specialize in particularly difficult cases such as these. He tried to comfort the animal until the animal rescuers arrived. 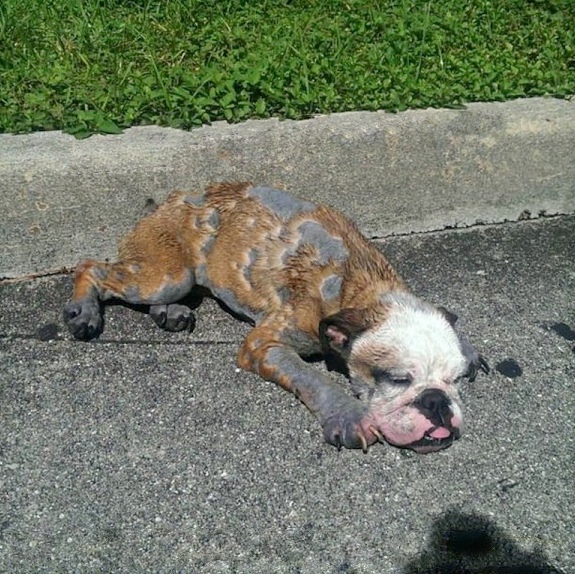 Facebook/Adopt-A-Bull-Rescue
When they got to the scene, they went straight to work. They took the dog into their care to examine and treat her injuries. 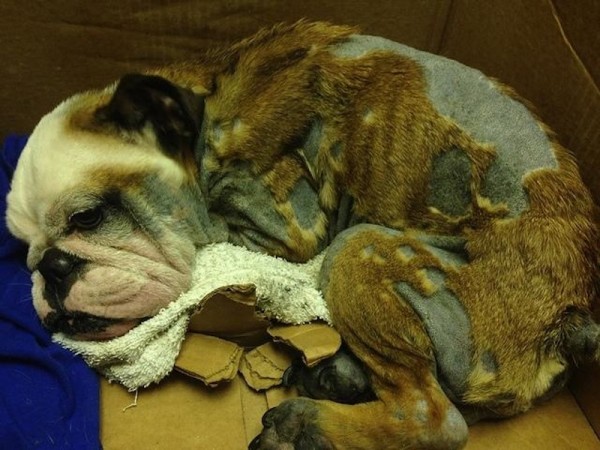 Facebook/Adopt-A-Bull-Rescue
The vet was shocked to see that the tiny bulldog didn't even weigh 20 lbs, which is extremely light for a 15-month-old dog. The animal's patched fur was a clear sign that it had been neglected and mistreated. The rescuers decided to take the dog into their care even though they were short on funds. 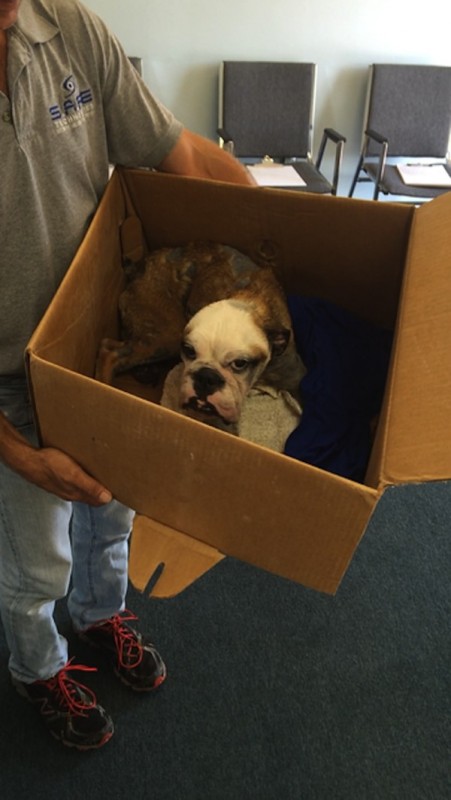 Facebook/Adopt-A-Bull-Rescue
They asked for donations on their Facebook page and were blown away by their follower's generosity. The little dog slowly recovered and earned the name Princess. But the story doesn't end there: The organization did some investigation to discover who had treated this pup so badly. They found out that the original owner had given the puppy back to the breeder she was purchased from. The reason? Because she had mites in her fur. These are not only harmless, but it's very common for puppies to have them. 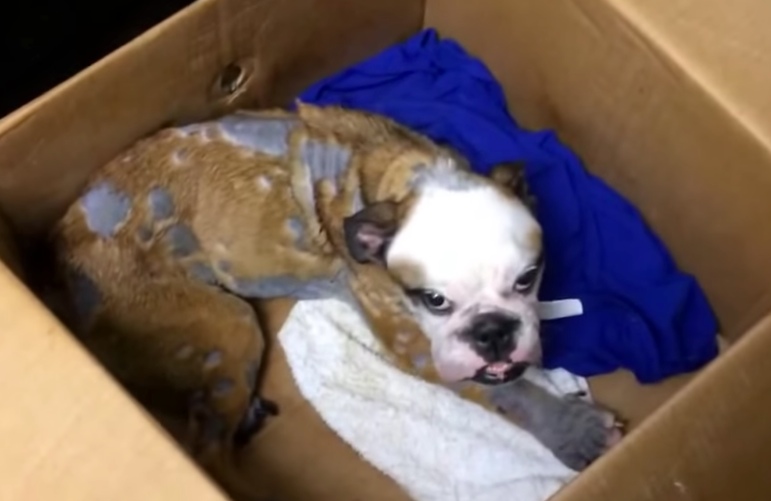 Youtube/Crystal Smith
But this particular owner didn't want a "sick" dog. The breeder only occasionally fed and cared for Princess as punishment before she eventually kicked the dog out and left her for dead. 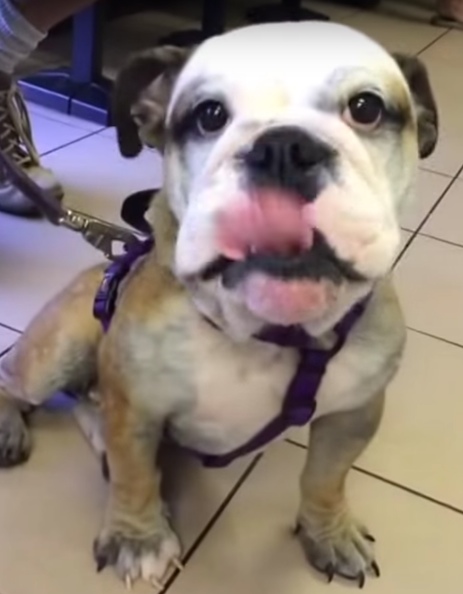 Youtube/Crystal Smith
Thankfully a caring young man walked by at just the right moment and called the right number. Princess made a full recovery and is a happy, alert dog who faces each new day with curiosity and joy. It didn't take long before she found the forever home she deserves with humans who love her and treat her well.
Don't Ignore SHARE this ! - Scroll down for Comments and Related Articles !
credit:http://www.hefty.co/
Posted by yashmanu at 9:08 PM